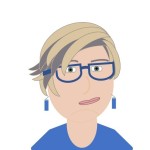 2014-12-09
By: LRS
In: Interpersonal Communication
Tagged: Culture, Language
With: 0 Comments

Linguists have recently reconstructed what a 6,000 year-old-language called Proto-Indo-European might have sounded like. This language was the forerunner of many European and Asian languages, and now you can listen to what it may have sounded like. END_OF_DOCUMENT_TOKEN_TO_BE_REPLACED

The word “hygge” does not translate into English. What conclusions can you draw about cultural differences based on the idea that there is no English word for “hygge”? How ‘hygge’ can help you get through winter Denmark is the happiest country on Earth, according to the United Nations, which may seem odd for a small, subarctic kingdom where the winter sun often sets before 4 p.m. Yet Danes are almost defiantly merry. Not only did their country rank No. 1 in both the 2013 U.N. The vague cultural concept doesn’t translate easily into English, but it has helped Denmark become the ‘happiest country on Earth’ END_OF_DOCUMENT_TOKEN_TO_BE_REPLACED

PDF from Blackboard on building a mobile friendly course. END_OF_DOCUMENT_TOKEN_TO_BE_REPLACED

Body language affects how others see us, but it may also change how we see ourselves. Social psychologist Amy Cuddy shows how “power posing” — standing in a posture of confidence, even when we don’t feel confident — can affect testosterone and cortisol levels in the brain, and might even have an impact on our chances for success. (-TED description) END_OF_DOCUMENT_TOKEN_TO_BE_REPLACED

Vanderbilt’s Center for Teaching and Learning has a page devoted to metacognition. The page includes useful explanations and activities for incorporating metacognition into class. END_OF_DOCUMENT_TOKEN_TO_BE_REPLACED

-An ornamental structure whose creation reflects a whimsical inclination on the part of the builder. -A site intended to capture and preserve the soulful and melancholy beauty of ruins. -In France, a site designed for clandestine romantic relationships. -In America, a deliberate attempt to preserve the universal symbol of democracy of ancient Greece and Rome through recreated temple forms; often seen on banks and government buildings. (From FollybyDesign.com) END_OF_DOCUMENT_TOKEN_TO_BE_REPLACED

You are here: >> The Folly of Communication > Articles by: LRS